"The visits to Harvard from these three prominent landscape planners provided a survey of the state of the art to the group that emerged from the Laboratory" -Nick Chrisman, Charting the Unknown (page 43)

GIS undoubtedly has its origins in the concept of the overlay.

Precisely who invented the overlay technique first or used it most effectively is debatable.

Attributing this technique to any one individual would be both fruitless and misleading.

Techniques were shared at the Harvard Graphics Laboratory in 1967, with visits from Angus Hills, Philip Lewis, and Ian McHarg (Chrisman, 2006, page 42).

Hills was associated with Tomlinson's Canada GIS and the Canada Land Inventory, but as Chrisman (2006, page 42) notes, "Hills's was the [technique] that needed GIS the least" because "each of the CGIS layers depended on expert photointerpretation."

McHarg was famous for using comprehensive datasets cumulatively to delineate areas of constraint/possibility in the theory and practice of design with nature. 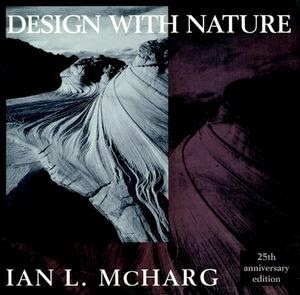 Design With Nature is classic of early or proto-GIS thinking.  I checked out McHarg's book from Bedford Library just to have a look at it again.

Snow used overlays as well, a good century or more before McHarg.  You can check out the classic text on cholera, On the Mode of Communication of Cholera, on Google Books.

This post is an overlay of converging possibilities that fed into what is emerging in recent decades as a very plural universe of GIS possibility.

Posted by Gwilym at 3:01 AM No comments:

GIS is a literal and metaphorical set of tools for critical thinking. Taking inspiration from two books (Daniel Dennett's Intuition Pumps and Other Tools for Thinking; and Gilles Deleuze's Spinoza) "GIS Tools for Critical Thinking" is a planned Place Memes mini-series.

These short conceptual reflections (of which I have approximately 100 potential sketches listed in my notebook) will go beyond the glossary or dictionary format, towards what Deleuze was doing in Spinoza, namely, adumbrating or outlining a new theory of practice.

My new theory of GIS practice is a radical programme for transforming how we think about GIS.  It is also a radical re-thinking of thought itself using GIS tools to drive the programme.  Dennett's memes are relevant here for deconstructing all-too-easy assumptions about what (we think we know) GIS is in order to transform what GIS can be.

Philosophical and practical implications will be considered without distinguishing between theory and practice.  For example, I would like to begin by examining overlay and proximity metaphors as used not only by John Snow, but also by poets, philosophers and critical geographers.  Stay tuned

Posted by Gwilym at 8:29 AM No comments: